After a lot of turmoil, finally some clarity.

The last few years have been defined by shocks: the ongoing pandemic, supply-chain issues and the conflict in Ukraine. Fears of a looming recession and a roller-coaster economy with higher inflation, rising interest rates and a soaring U.S. dollar have been adding to the uncertainty. But as this turmoil continues to play out across the world, the implications of these headline events have become a bit clearer.

It remains to be seen whether the global economy officially enters a recession, how long the bear market will last, and how fast and for how long central banks around the world will continue raising interest rates.

But it is also becoming evident that positive progress has been made in response to some serious concerns. Supply chains appear to be moving again, with some pundits predicting very generous Black Friday sales. Semiconductor and chip manufacturers are catching up with demand, and bargains may again start to emerge in the previously white-hot used car market. Although the stress-inducing fluctuation of oil prices has yet to stabilize, prices do appear to be range bound. Outside of China, COVID-19-related shutdowns appear to be a thing of the past as more countries adopt other strategies to manage the virus.

And there are early signs that inflation may be slowing in response to higher interest rates from the Federal Reserve and other central banks. As we reach the highest central bank rates since 2007 and the highest inflation rate since the 1980s, we may finally have some economic clarity for the road ahead. In light of the effect of rising interest rates and inflation on the markets, it may be time to look at ways to manage the current environment.

Higher interest rates have made it much more expensive for companies to borrow money and service debt, leading equity markets into a bear market (a pullback of greater than 20 per cent from the peak). This is having a profound effect on the money supply. As the “easy money” slowly depletes, profitable and stable companies come into focus. Companies that are well capitalized, with strong balance sheets and high and recurring profits, are in a better position to maintain a level of stability. 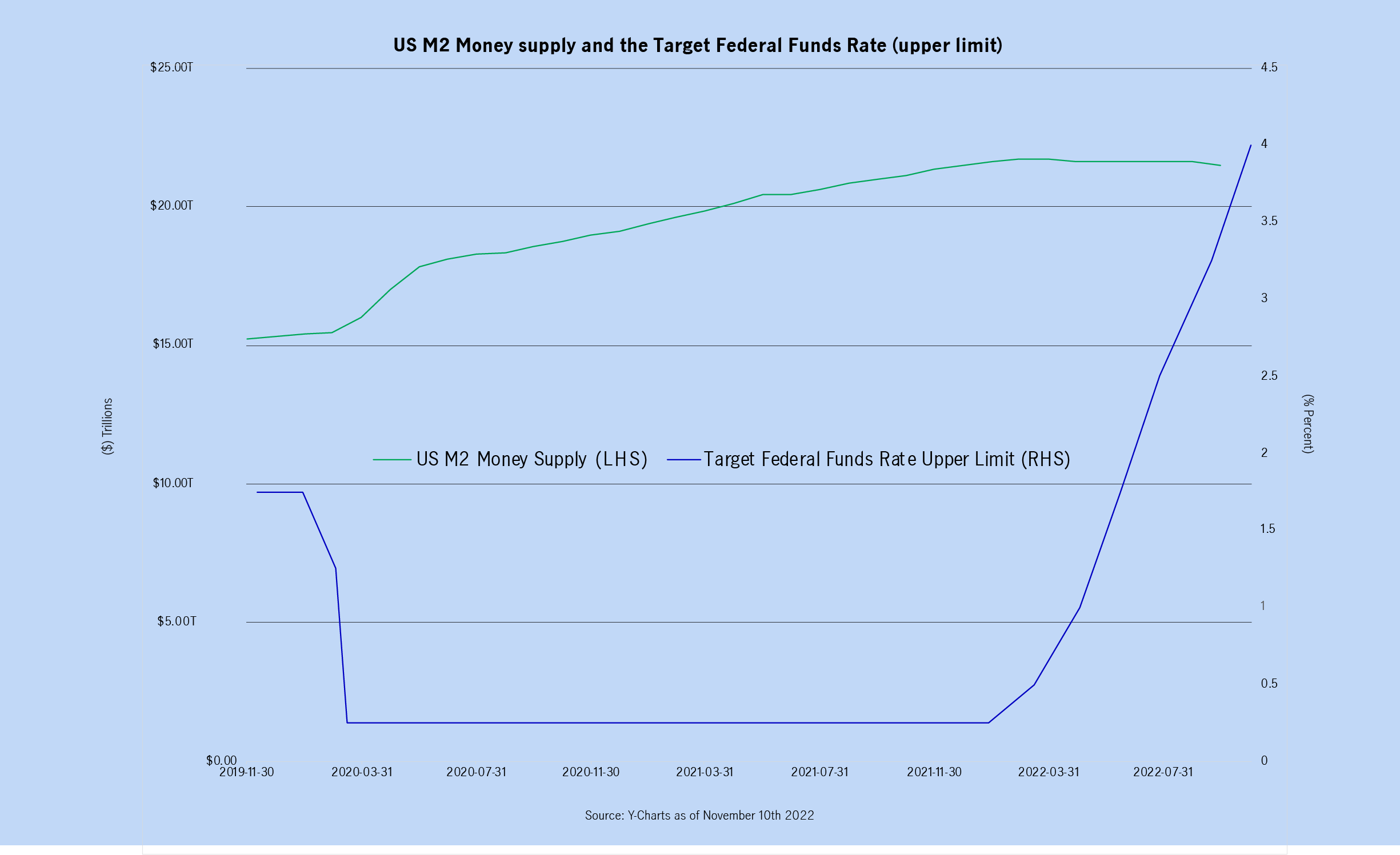 In any economic environment, well-established companies with a solid management reputation and a track record in their chosen areas of operation are an attractive investment. And now that money conditions are tightening, profitability and resilience are becoming more important to investors than the promise of future returns. Investors are increasingly choosing to favour dependable dividend-paying equites in a “flight to quality.”

Quality as a safe haven

Headline inflation numbers were still running around 8.2 per cent in September, which is significantly higher than the annual average of 1.8 per cent over the decade preceding the pandemic. Combine that with central banks raising rates to cool off that headline number and the investment landscape starts to shift. As inflation appears to have peaked and may be trending lower in North America, the shift towards value is front and centre.

By definition, value stocks are companies with low valuations, lower debt levels and a potential dividend. They are typically well established in their industry and usually wield some pricing power in the market in which they operate.

Growth stocks are waning as investors take profits and switch into the perceived safety of value stocks. But that may be an over-simplification.

“I hesitate to say we’re headed into a phase of value-over-growth,” says Kevin Headland, Co-Chief Investment Strategist, Manulife Investment Management. “What I would say is that we’re heading into a period where you want to own quality businesses that have low debt and low risk. It may feel like watching paint dry, but isn’t that what you want in your investment account?”

Although it may be an overly simplistic term, the mainstream media tends to define these companies as “value stocks.” If they pay a dividend, a strong history of maintaining or increasing that dividend is preferred.

As central banks increased rates, the yields on high-quality government bonds also rose. As a result, new investments in fixed income are providing yields not seen in quite some time.

“If we think back, the story in the fixed income landscape has been the search for yield,” says Chris Chapman, Senior Portfolio Manager, Manulife Investment Management. “Now that yield is on offer at low risk, compared to previous scenarios where you were pushed, somewhat by design from central banks, further out on the risk spectrum to try and find that yield.”[1]

While fixed income has been a rougher ride than some anticipated, it’s important to remember where we are in the current market cycle. When a recession is looming, the prices of longer-duration, higher-quality bonds tend to rise. The combination of higher yields, coupled with price appreciation, increases the overall attractiveness of high-quality, long-term bonds.

“The current environment is pretty hospitable. It’s easier for us to generate high income, and when markets blow up, fixed income will do a good job; you'll get yield compression, so it will preserve your capital,”[2] says Roshan Thiru, Head of Canadian Fixed Income at Manulife Investment Management.

Despite the volatility experienced during the past year, and the headline shocks that caused ripple effects throughout the markets, it feels as if we are finally beginning to see beyond them. The pace of inflation appears to be peaking, and the central banks may be closing in on the height of the rate-hiking cycle.

It remains to be seen whether the economy dips into a recession (and it may have, already). But in these times of uncertainty, high-quality, low-debt companies that pay a dividend can provide some shelter from the storm.

If anything about financial markets and the economy can be assumed, it’s that nothing is certain. Short-term shocks, major elections and unpredictable natural disasters are sure to test your clients’ mettle, but the long-term trends appear to be, at least for now, showing their cards, as well as a path to take moving forward.